Raksha Bandhan is a sacred and beautiful festival where sisters dress up beautifully to celebrate the special occasion with their brothers. Sisters tie Rakhi on the wrist of their brothers and pray for their long life and prosperous future. Rakhi holds great emotional and religious significance. In this way, the Rakhi festival is a sacred festival that strengthens the bond of love and affection between brothers and sisters and revives emotional bonding. You can send gifts to different locations from our website. Read to know more.

There is some relationship in this mundane world in which the more we say the shorter of words we fall. One such relationship is the relationship that is shared between the brother and the sister. It is the shade of love and care that makes this bond gets strengthened with time. It is undoubtedly the most loving relationship on this earth. It is the occasion of Rakhi that commemorates this beautiful bond of selfless care and affection. Since nothing conveys our heartfelt wishes better than gifts, exchanging the same has become such a popular practice on this occasion. Rakhi or Raksha Bandhan is celebrated every year on the full moon day in the Hindu month of Shravana.

Festivals mark the core essence of Indian societies. Every towns and city in India have its own customs and rituals associated with Rakhi. Kolkata, known as the City of Joy, is especially known for its rich culture, traditional values, and festivals. The glorious history of the city dates back to 1690. The city served as the capital of India during the British Raj, till the year 1912. The glorifying spirit forms the heart of the city. The leisurely chat (adda), the delectable taste of Mishti Doi, or the political slogans buzzing the air - however, you may perceive this metropolis, the city has a regal charm of its own. The picturesque Kolkata puts forth an image of a true cosmopolitan city where people, culture, and festival uniformly coalesces. Host to some magnificent monuments and palaces, Kolkata is also known as - the “City of Palaces”. The hometown to stalwarts like Rabindranath Tagore, Swami Vivekananda, Sarat Chandra Chattopadhyay, Satyajit Ray, and many others, Kolkata is a city of rich tradition and heritage, grandeur, and glory.

Rakhi in India is a significant festival, marked by a jubilant celebration. Like in other Indian states, the Rakhi festival in Kolkata holds a special significance. The festival of Raksha Bandhan was used as a mode of showing protest in 1905 when British Viceroy Lord Curzon proposed to curb the growing national movement in Bengal by dividing the Hindus and Muslims of the region. Rabindranath Tagore suggested the use of 'Rakhi Bandhan Utsab' to be celebrated to invite a sense of brotherhood amongst the people of Bengal. The ceremony Raksha Bandhan created a huge upsurge to attest to the spirit of the undivided Bengal. People of all communities rich and poor joined together in hearts and participated in the ceremony. 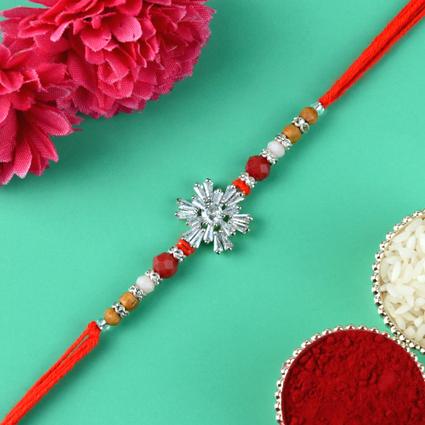 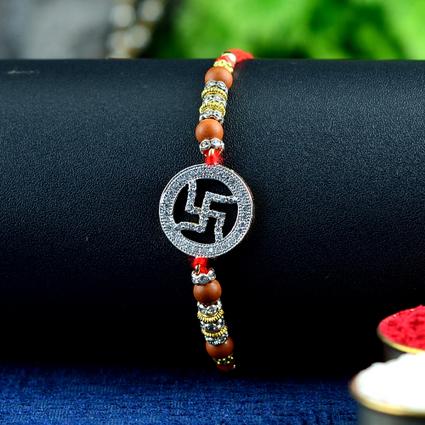 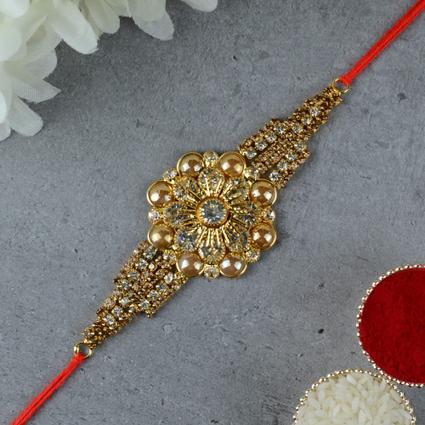 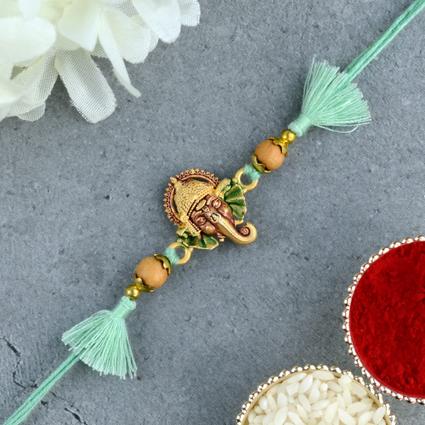 Today, the Rakhi festival is an integral part of the culture of Kolkata, viz-a-viz Bengal. Rakhi Utsav is organized in several colleges in Kolkata. Students celebrate the occasion by singing Rabindra Sangeet and reciting Rabindranath Tagore's poems. Students then tie Rakhi on each other's wrists and also on the wrist of their teachers to bring in the feeling of camaraderie and love. Sweets and gifts are distributed amongst each other. Several social and cultural organizations also organize Raksha Bandhan Utsav.

Ranging widely from perfumes to phones, from gift hampers to watches, we have some brilliant e-gifting ideas. Apart from these gifts and an exclusive collection of Rakhis, Zardosi, or Pearl Rakhis, Diamond or Gold Rakhis, an innovative differentiation of gifts for sisters and for brothers and even for kids and infants are sure to meet your every requirement of the day to the best. All these gifts are showcased herein after keeping in view the choice of an Indian to the most. So, select and send Rakhi to Kolkata along with some alluring gifts. Your gifts will not only elate your siblings in India but shall also earn a special place in your beloved sibling's heart. Attribute yout heartfelt thoughts with some gifts. Send Rakhi to India and convey those special thoughts of heart.

We also have services of sending Rakhi and Rakhi Gifts across the Atlantic. So send Rakhi to USA and surprise your sibling settled therein. Eying to the whooping number of Indians settled in the US, we have ushered in to help you. With us, send Rakhi to USA and enjoy the festival to the very best. Choose from the extensive collection of gifts and send Rakhi to USA along with your gifts. Send Rakhi to USA with us and usher in a sense of attachment, deep love and affection to your beloved sibling's mind.

Send Traditional Rakhi Gifts to your Brother this Rakhi

Trend of online gifting on Rakhi