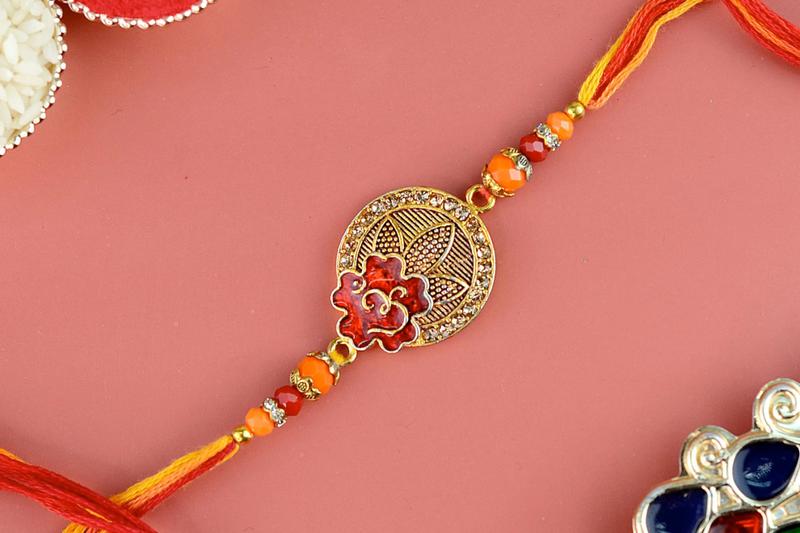 Raksha Bandhan is a special occasion dedicated to the beauty of the sibling bond. On this auspicious day, sisters tie Rakhi thread on the wrists of the brothers and pray for their long life and happiness. On the other hand, brothers take up the solemn vow of protecting their sisters through all the highs and lows of life. Rakhi, also known as the sacred thread of love and protection, has a deep significance. It strengthens the bond of love between brothers and sisters. There are various kinds of rakhi designs that cater to various kinds of tastes and preferences. Though the trending rakhis look exclusive, there are certain traditional designs that have a timeless appeal. Our website has a wide range of traditional rakhis that still have a wide popularity among the customers. 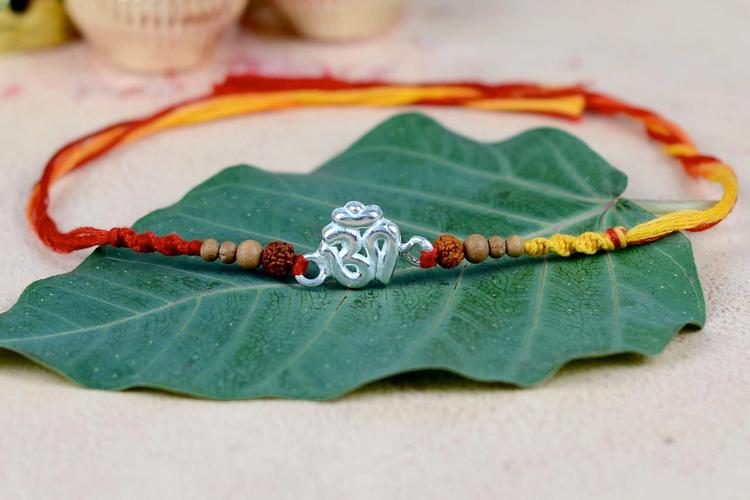 According to Hinduism, chanting om restores the balance of body, mind and spirit. Also known as the eternal sound of the universe, om elevates the state of consciousness called samadhi. Om is also a popular traditional rakhi design which keeps your brothers protected from various dangers in life. It is also believed that Lord Shiva’s blessing will always be with him if he wears om rakhis. Our collection includes spectacular designs of om and onkar rakhis that reflect supreme craftsmanship. It is perfect for elder brothers who have a spiritual bend of mind. 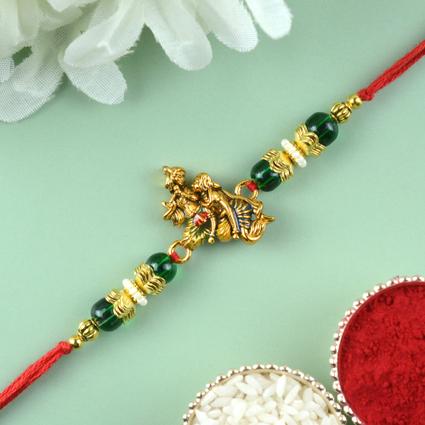 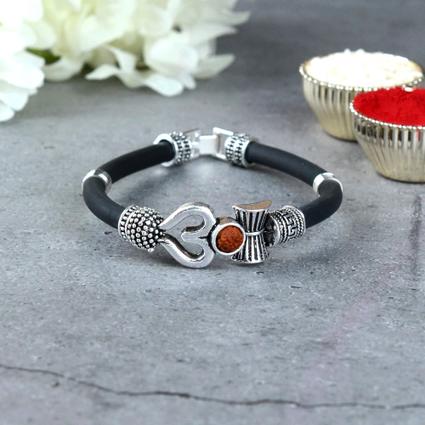 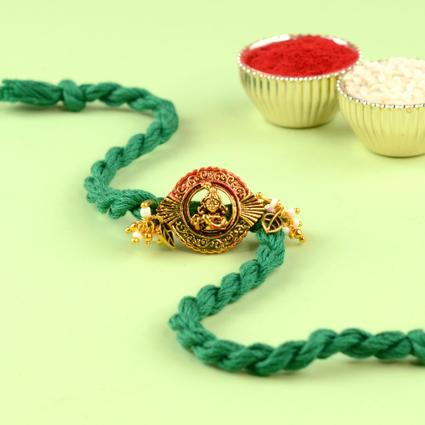 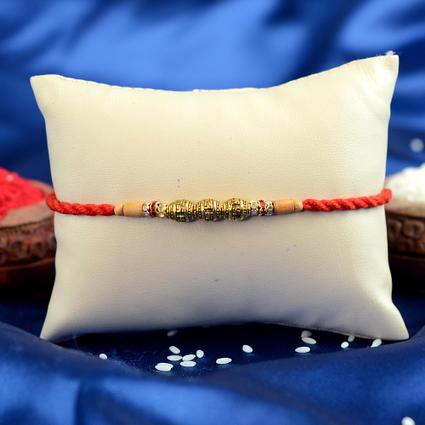 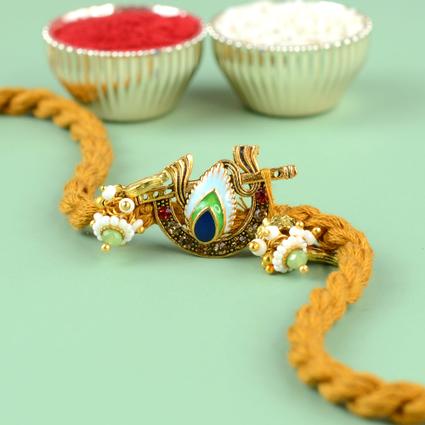 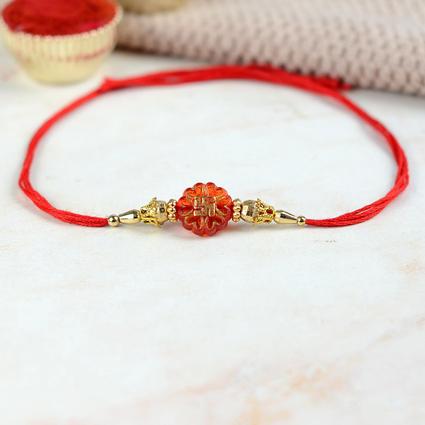 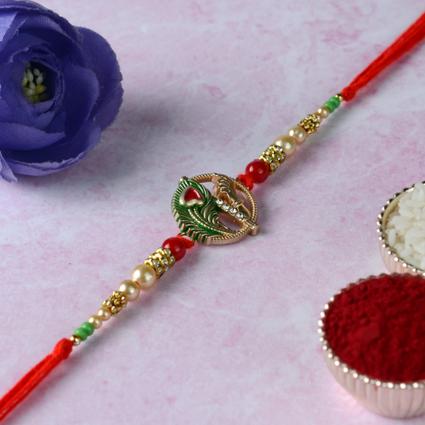 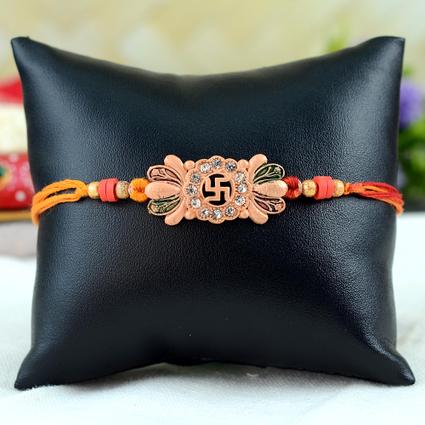 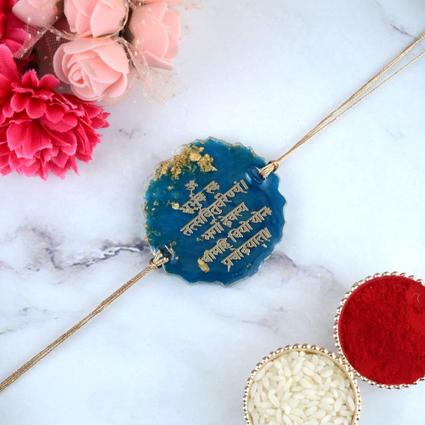 Anything which has an auspicious value or has a supreme connection with God is considered divine. Divine Rakhis are considered sacred and are designed with holy elements which are generally used in pujas like swastika, coconut, kalash, trishul and others. Some of the divine rakhis are also embellished with exquisite designs of Lord Ganesha, Lord Krishna, Goddess Lakshmi, Baal Gopal and Jagannath. The collection of divine rakhis is truly exclusive and has a lot of variety to offer. 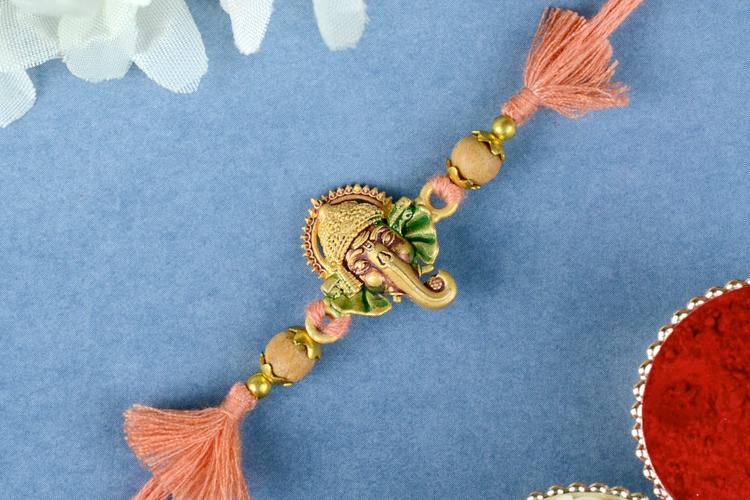 Ganesh, the elephant-headed God is also known as the symbol of new beginnings and wisdom. He is worshiped widely before starting any new venture as he is believed to remove all the obstacles from our path. Lord Ganesh is highly revered in various parts of India. Tying a ganesh rakhi is a unique way of filling up your brother’s life with immense positivity. It can also be considered a token of good luck. The ganesh rakhis on our website feature miniature ganesha carved with pure silver, metal, beads and more. If you know when is Rakhi 2022, you could add a special note to the festival by sending a unique ganesha rakhi to your brother. 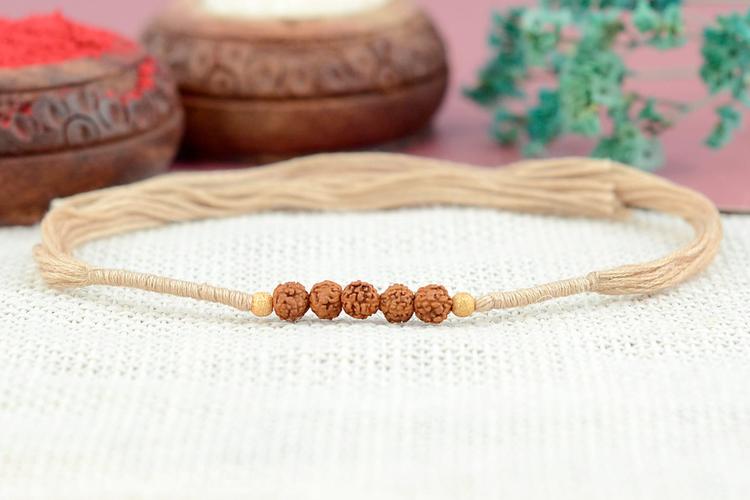 Rudraksha is known as one of the most precious beads because of its high healing powers. While Rudra means Shiva, Aksha means tears. Going by legend, rudraksha rakhis are made from the teardrops of Lord Shiva. Rudraksha works as the protective shield of the body. It has a calming effect on the body and the senses. It protects the wearer from negative energies. Rudraksh Rakhis are known as a token of wealth and well-being and are also known as a divine source of positive energy. 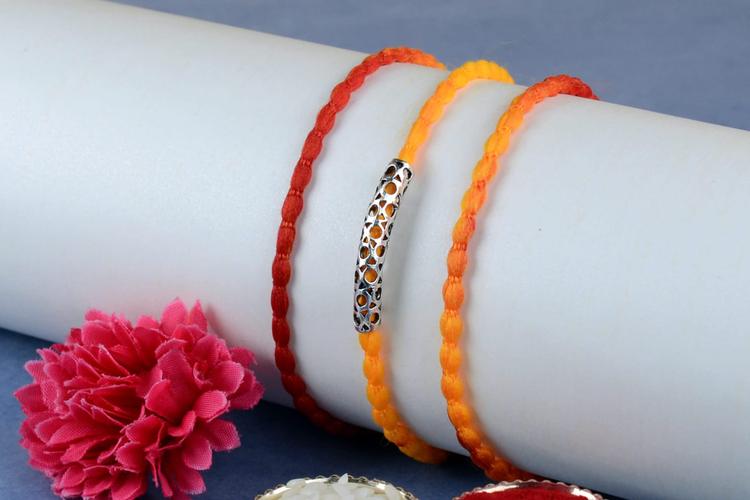 Raksha stands for protection while sutra means thread. Tying Raksha Sutra is a common tradition according to Hinduism. It has its roots in mythology. It is known as a defense thread which was tied on the wrist of  King Bali to protect her husband.Raksha Sutra not only blesses the wearer but also the one who is tying it. It calms the mind of the wearer and protects it from all possible evils. The one tying it is blessed with noble deeds. The power of Raksha sutra is simply invincible. Much like the unbreakable bond between brothers and sisters, raksha sutra can get tangled or twisted but can never break.

Sending traditional rakhis to your brothers on Raksha Bandhan can help you convey your heartiest wishes and make the occasion memorable.