Why use us to send Gifts to Pimpri

No. of gifts delivered in Pimpri - 114
Delivery Options for Pimpri 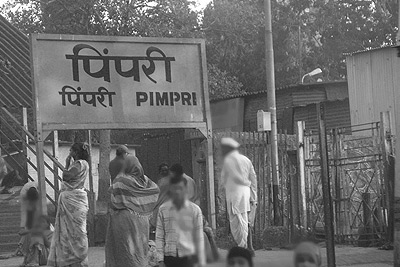 Pimpri Chinchwad, Pune is the north western city limits of Pune, India. It enjoys good quality of life, efficient public infrastructure services as compared across the state of Maharashtra. Geographically, it is located at an altitude of 590 m (1,940 ft) above sea level, at a distance of about 15 km (9.3 mi) northwest of its historic centre. The neighbourhood is home to extensive industry and is well known for its automotive and manufacturing industry. Chinchwad is also the birthplace of the Chapekar brothers.The area within the city limits is widely considered as 'flat' given the altitude varying between 530 and 570 m above sea level. The city is situated approximately at 18° 37' North latitude and 73° 48' East longitude bordering limits of Pune Municipal Corporation on the north and north-west. Three rivers Pavana, Mula and Indrayani flow through this area.

These PIN Codes are those where we can arrange delivery in Pimpri .
"HD" represents "Hand Delivery". For these PIN codes, delivery will be done by hand on the date you choose.
"CD" refers to "Courier Delivery". For these PIN codes, the gifts will be shipped through our shipping partners & will be delivered during the range of dates selected by you.