On any traditional Indian festival or occasion we give gifts to our loved ones in traditional Thalis and so GiftstoIndia24x7.com brings to you different variety of Thalis in which you can send many delectables items from our website. Surprise your loved ones with many gift along with these Thalis. Make the occasion worth celebrating for your family and friends. 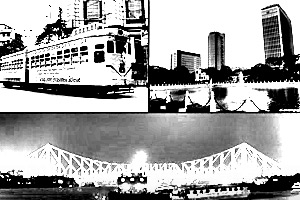 The word Kolkata derives from the Bengali term Kôlikata the name of one of three villages that predated the arrival of the British, in the area where the city eventually was to be established; the other two villages were Sutanuti and Gobindapur Kolkata is the main commercial and financial hub of East and North-East India and home to the Calcutta Stock Exchange. Kolkata which is also known as Calcutta is the capital of the Indian State of West Bengal. It is considered as the cultural, educational and principal centre of East India. The port of Kolkata is the oldest operating port of India. The population of Kolkata as per the census of 2011 was 4.5 million. It is considered as the third most populous metropolitan area in India after Mumbai and Delhi.