The celebration of the Holi festival is not restricted to Mathura and Vrindavan only in the state of Uttar Pradesh but it spans throughout the entire state. The people of Uttar Pradesh celebrates the festival with much gusto and fervour and every nook and corner of the state gets wrapped in a multitude of colours and hues. In this, rather, conservative state, this one day gives the youth the freedom to mingle freely and express their feelings for each . Also various sweet goodies are an intricate part of the festivities which is why you can send sweets as gifts to India from USA as part of the holi celebrations. So let us have a look at some of the fixed things which are a part of the celebrations.

Holika Dahan : The major ritual of Holi celebration in UP is that people light bonfires known as Holika or Choti Holi on the day prior to the main Holi. The tradition signifies the victory of good over evil and finds it's roots with the various legends associated with the festival. This ritual is mainly associated with the demon king Hiranyakashyap. The king planned the death of his son, Prahlad, an ardent devotee of Lord Narayana with the help of his sister Holika. Prahlad was saved by the grace of god while Holika was consumed by fire. 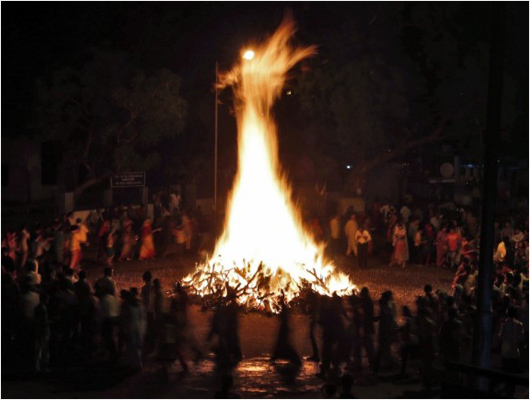 Bhang : Description of Holi is incomplete without the mention of Bhang (cannabis). Holi has become synonymous with it for many reasons. The tradition of eating bhang -- an intoxicating substance is rampant in northern India. It is usually consumed in the form of laddoo or as thandai. Consumption of bhang adds greatly to the revelry as people get high on it. The land of Shiva, Banaras, is specially famous for its high level of bhang consumption. Sitting on the 'ghats' or steps leading to the Ganga river, people drenched in colours can be seen grinding bhang and mixing it with milk and various dry fruits to enhance the taste. 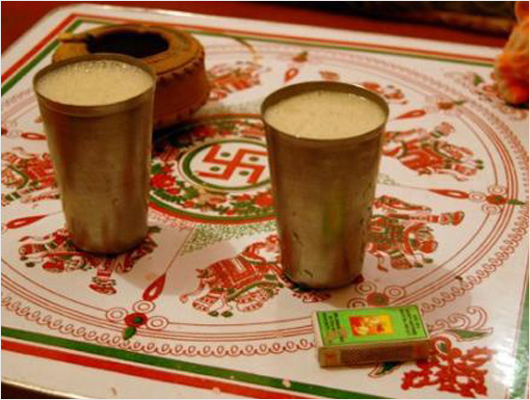 Celebration of Barley Harvest : The festival is also the celebration of barley harvest. On Chhoti Holi, people come together to light the fire. They bury a pot of new barley seeds under the pyre for roasting. These seeds are eaten after the fire is extinguished. Divinations for the coming harvest are cast by interpreting the direction of the flames or by the state of the seeds in the buried pot. People sometimes take embers from the fire to their homes to rekindle their own domestic fires. The ashes from the Holi fire are also believed to provide protection against diseases. 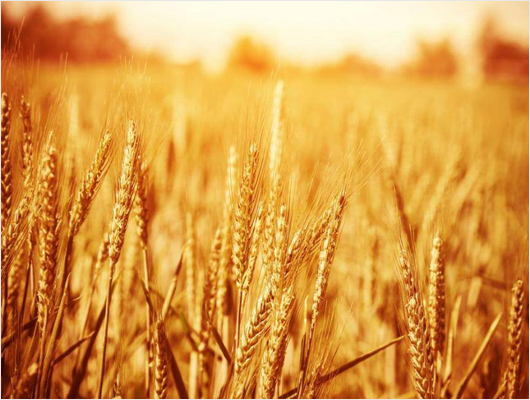 Apart from all of these, the whole state gets into a frenzy while celebrating the festival of colours. Pichkaris, gulals, water balloons are very commonly used among old and young alike. You can also choose to send these holi items as gifts to India. Your dear ones living in Uttar Pradesh or any part of the country will be thrilled to receive this as India gifts. Spread the fun!.