Celebrate Rakhi 2020 on 3rd August. If you are looking to send rakhis to india, look no further. Delivering rakhis online since 1999

Navratri is a very important Hindu festival, celebrated in India which is devoted to the Goddess Durga. Navratri Celebrations is held with great reverence, and faith. It stretches over a period of nine days, with each of the nine days being dedicated to one of the nine forms of the Goddess. Talking about the History and significance of the Navratri festival, it can be explained through the stories written in the Hindu mythology scriptures. Different beliefs are the source of the origin and celebrating Navratri festival in various regions. All these beliefs make this festival significant.

Northern India : The legend in North India goes that Mahishasura, the mighty demon, worshipped Lord Shiva and obtained the power of eternity. Soon, he started killing and harassing innocent people and set out to win all the three lokas. The gods in swargaloka appealed to Lord Shiva, to find a way to get rid of the demon. To protect the world from the atrocities of Mahishasura, the Trinity of Brahma, Vishnu and Shiva united their powers and created a divine female warrior, known as Goddess Durga. Mahishasura, when he saw the divine beauty of Goddess Durga, got mesmerized and he approached her with the intention of marriage. The goddess agreed to marry him, but put forth a condition - Mahishasura would have to win over her in a battle. Mahishasura, proud as he was, agreed immediately! The battle continued for 9 nights and at the end of the ninth night, Goddess Durga demolished Mahishasura. The nine nights came to be known as Navratri, while the tenth day was called Vijayadashami, the tenth day that brought the triumph of good over evil. 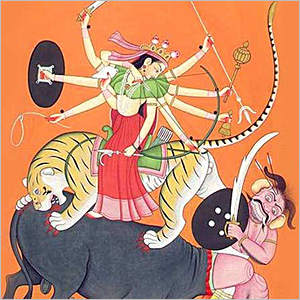 Eastern India : As per the legend prevalent in East India, Daksha, the king of Himalayas had a beautiful daughter Uma. She wanted to marry Lord Shiva since childhood and worshipped him virtuosly. Lord Shiva got pleased and they got married. But Daksha did not approve of his daughter’s Tiger skin clad husband and he broke off all relationships with them. One day Daksha organized a Yagna and did not invite Shiva. Furious at this rude behaviour of her father, Uma ended her life by jumping into the Yagna fire and united with eternity. Since then, she came to be known as Sati. However, she took re-birth and again won Shiva as her groom and peace was restored. It is believed that since then, Uma comes every year with Ganesh, Kartik, Saraswati and Laxmi and two of her best friends or 'sakhis', called Jaya and Vijaya, to visit her parent's home during Navratri. 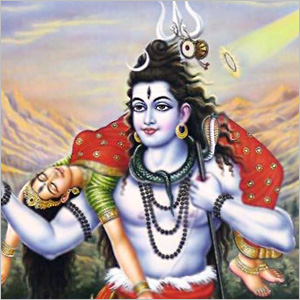 Legend Of Ram and Ravana : Yet another legend of Navratri relates to the Hindu epic Ramayana. It goes that Lord Rama worshipped Goddess Durga in nine aspects, for nine days, in order to gather the strength and power to kill Ravana. He wanted to release Sita from the clutches of powerful demon king Ravana, who had abducted her. Those nine nights became to be known as Navratri and the tenth day, on which Lord Rama killed Ravana, came to be called Vijayadashmi or Dusshera, signifying Rama's (good) triumph over Ravana (evil). 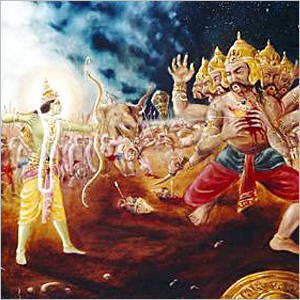 Navratri Gifts to India as available as on this trusted online shopping festival will enchant you and help you send tokens of love to your loved ones on the festive season. You can choose perishable items like chocolates, dryfruits, sweets, navratri gift hampers and send them as gifts to India same day delivery. Make this Navratri worthwhile by sending gifts to India to your beloved ones. 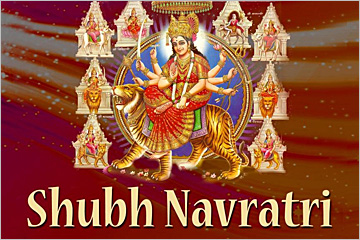 Importance of worshipping Shakti during Navratri