Why use us to send Gifts to Veraval

No. of gifts delivered in Veraval - 23
Delivery Options for Veraval 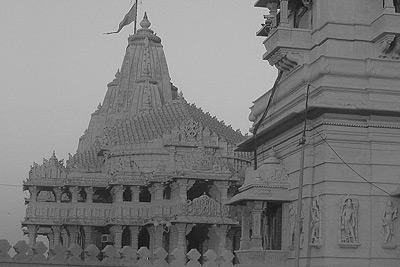 Veraval is a municipality and the headquarters of Gir Somnath district in the Indian state of Gujarat. It is 6 km from Somnath. It is also known for the hub of fishing industries in India.

Veraval was founded in 13th or 14th century by Rao Veravalji Vadher, a Rajput. Veraval was once a fortified port town of the royal family of Junagadh. It was a part of the Kingdom of Junagadh till 1947 when Junagadh was merged with India. The city still bears some remnants of the old Nawabi heritage, the beautiful Nawabi summer palace being among them. There are ruins of the old Nawabi fort and Nawabi Gates in and around the place. The old walls of the port are now ruined, but the impressive Junagadh gate and the Patan gate are still seen, but are in a very bad state.

These PIN Codes are those where we can arrange delivery in Veraval .
"HD" represents "Hand Delivery". For these PIN codes, delivery will be done by hand on the date you choose.
"CD" refers to "Courier Delivery". For these PIN codes, the gifts will be shipped through our shipping partners & will be delivered during the range of dates selected by you.