Why use us to send Gifts to Udaipur

No. of gifts delivered in Udaipur - 456
Delivery Options for Udaipur 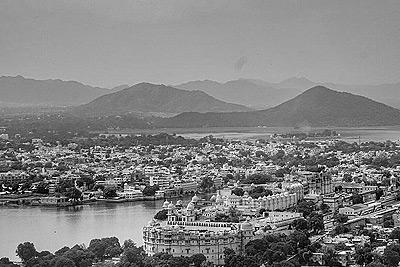 Udaipur, also known as the "City of Lakes", is a city governed by Municipal Corporation which comes under Udaipur Metropolitan Region. It is the historic capital of the kingdom of Mewar in the former Rajputana Agency. It was founded in 1558 by Maharana Udai Singh II of the Sisodia clan of Rajput, when he shifted his capital from the city of Chittorgarh to Udaipur after Chittorgarh was besieged by Akbar. It remained as the capital city till 1818 when it became a British princely state, and thereafter the Mewar province became a part of Rajasthan when India gained independence in 1947.

These PIN Codes are those where we can arrange delivery in Udaipur .
"HD" represents "Hand Delivery". For these PIN codes, delivery will be done by hand on the date you choose.
"CD" refers to "Courier Delivery". For these PIN codes, the gifts will be shipped through our shipping partners & will be delivered during the range of dates selected by you.