Why use us to send Gifts to Moradabad

No. of gifts delivered in Moradabad - 301
Delivery Options for Moradabad 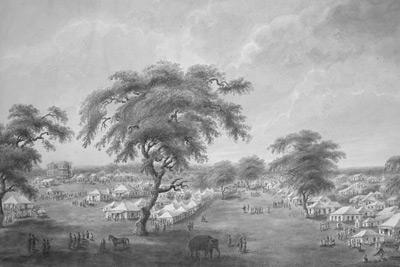 Moradabad is a city, commissionary, and a municipal corporation in Moradabad district of Indian state of Uttar Pradesh. It was established in AD 1625 by Rustam Khan and is named after prince Murad Baksh, the youngest son of the Mughal Emperor Shah Jahan and Empress Mumtaz Mahal.

Moradabad is situated on the banks of the Ramganga river, at a distance of 167 km (104 mi) from the national capital, New Delhi and 344 km north-west of the state capital Lucknow. The city is known as Pital Nagri ("Brass City") for its famous brass handicrafts industry. It is also the divisional headquarters of Northern Railway (NR).

These PIN Codes are those where we can arrange delivery in Moradabad .
"HD" represents "Hand Delivery". For these PIN codes, delivery will be done by hand on the date you choose.
"CD" refers to "Courier Delivery". For these PIN codes, the gifts will be shipped through our shipping partners & will be delivered during the range of dates selected by you.

From our online gifting website, GiftstoIndia24x7.com send gifts on special occasions to your loved ones in Moradabad and surprise them. When you are far from your loved ones in abroad you want to be with them on festivals and occasions, nonetheless you can still be with them by sending them gifts with same day delivery service. Which delivers gifts to Moradabad within 24 hours of you placing an order with us and from our wide range of gifts you can choose the perfect gift.

I want to send gifts same day to Moradabad. Is it possible ?

Sending gifts to your loved ones in Moradabad is no more a concern. Giftstoindia24x7.com has a plethora of gifting options spanned out just for you to choose from. You can also get these gifts delivered to your near and dear ones’ doorsteps within 24 hours of placing the order with the site’s same day delivery service. Now connect with your friends and family even from miles away just by a click.

Can flowers be delivered same day in Moradabad?

Missing your loved ones in Moradabad? Send them a bouquet of exquisite flowers to surprise them and let them know you are thinking about them even when you are staying in some other part of the country or even abroad. And guess what! GiftstoIndia24x7.com delivers your gift within 24 hours of placing the order, hence leaving no scope of a delayed conveyance of your emotions and feelings to the special person.
Chat