Why use us to send Gifts to Kotkapura

No. of gifts delivered in Kotkapura - 415
Delivery Options for Kotkapura 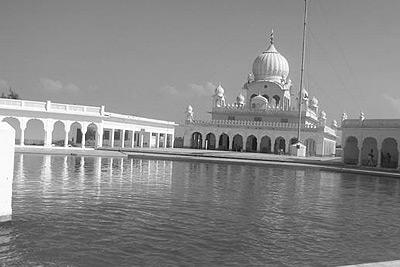 Kot Kapura is a historic city some 50 km from Bathinda, 40 km from Moga and 30 km from Muktsar in the state of Punjab, India. It is the largest city in the Faridkot District and has a large cotton market, considered one of the best in the world.It takes around 15 minutes by bus from Faridkot, 4 hours by road from Chandigarh and 2.0 hours from Ludhiana, and 8 hours from New Delhi by train to reach the city. It is a central city on route to Ganganagar, Ludhiana, Bathinda, Firozpur etc. Kot Kapura takes its name from its founder, Nawab Kapur Singh, and the word "Kot", meaning a small fort – literally the "fort of Kapura".

These PIN Codes are those where we can arrange delivery in Kotkapura .
"HD" represents "Hand Delivery". For these PIN codes, delivery will be done by hand on the date you choose.
"CD" refers to "Courier Delivery". For these PIN codes, the gifts will be shipped through our shipping partners & will be delivered during the range of dates selected by you.