Why use us to send Gifts to Kharar

No. of gifts delivered in Kharar - 520
Delivery Options for Kharar 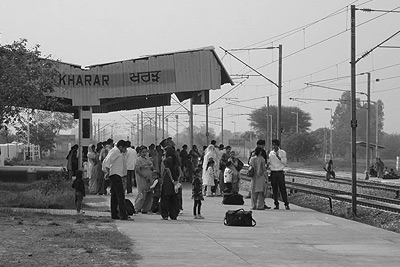 Kharar is a town and a municipal council in Sahibzada Ajit Singh Nagar district in the state of Punjab. Kharar is located at 30.74°N 76.65°E and has an average elevation of 309 metres (1,014 feet). It is near Chandigarh and is often referred to as "Greater Mohali" due to its close proximity to Mohali.

Close to 60% of the people in Kharar are Sikhs making it the second Sikh majority town in the Greater Mohali region after Mohali.

Kharar has Punjab's only State Chemical Testing Laboratory which can perform viscera examination and a Forensic Laboratory, helpful for speedy justice in legal cases. Kharar has its own government hospital as well.