Why use us to send Gifts to Zira

No. of gifts delivered in Zira - 87
Delivery Options for Zira 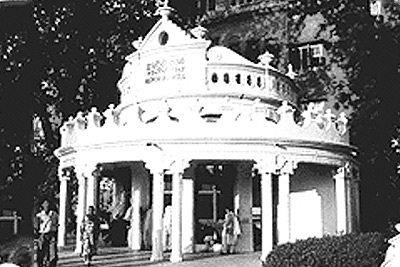 Zira is a town and a municipal council in Ferozepur district in the Indian state of Punjab.

The neighbourhood of Zira, had been for many years a wasteland, when in 1508 Ahmad Shah came from Gugera and founded Zira Khas. He was driven out by Sher Shah Suri, during whose rule nearly all the villages of this ilaqa were located. Mohar Singh was, in turn driven out by Diwan Mohkam Chand, Ranjit Singh’s General, and the ilaqa was added to the Lahore Demense. It was afterwards divided into two portions, of which the eastern portion, which preserved the name, Zira, was made over to Sarbuland Khan, a servant of the Lahore Government, and the western portion, to which the name, ilaqa Ambarhar, was given was made an appanage of Kanwar Sher Singh, son of the Punjab sovereign. At a later date, Sher Singh obtained the possession of the whole ilaqa and abolished the subdivision of Ambarhar.

These PIN Codes are those where we can arrange delivery of Gifts to Zira .
"HD" represents "Hand Delivery". For these PIN codes, delivery will be done by hand on the date you choose.
"CD" refers to "Courier Delivery". For these PIN codes, the gifts will be shipped through our shipping partners & will be delivered during the range of dates selected by you.