Why use us to send Gifts to Puri

No. of gifts delivered in Puri - 24
Delivery Options for Puri 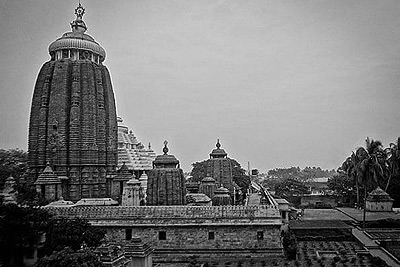 Puri is a city and a Municipality in the state of Odisha in eastern India. It is the district headquarters of Puri district and is situated on the Bay of Bengal, 60 kilometres (37 mi) south of the state capital of Bhubaneswar. It is also known as Sri Jagannatha Dhama after the 12th-century Jagannatha Temple located in the city. It is one of the original Char Dham pilgrimage sites for Hindus.

Puri is known by several names since the ancient times, and was locally known as "Sri Kshetra" and Lord Jagannatha temple is known as "Badadeula". Puri and the Jagannatha Temple were invaded 18 times by Hindu and Muslim rulers, from the 4th century AD till the early 19th century with the objective of looting the treasures of the temple. Odisha, including Puri and its temple, were part of British India from 1803 till India attained independence in August 1947. Even though princely states do not exist in India today, the heirs of the Gajapati Dynasty of Khurda still perform the ritual duties of the temple. The temple town has many Hindu religious mathas or monasteries.

These PIN Codes are those where we can arrange delivery of Gifts to Puri .
"HD" represents "Hand Delivery". For these PIN codes, delivery will be done by hand on the date you choose.
"CD" refers to "Courier Delivery". For these PIN codes, the gifts will be shipped through our shipping partners & will be delivered during the range of dates selected by you.