Why use us to send Gifts to Aluva

No. of gifts delivered in Aluva - 158
Delivery Options for Aluva 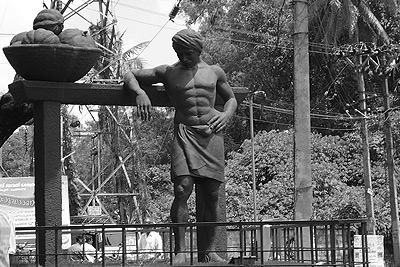 Aluva (formerly Alwaye) is a municipality and a northern suburb of the city of Kochi in Kerala, India. Situated around 15 km (9.3 mi) from the city center on the banks of river Periyar, Aluva is one of the major industrial centres of the state. A major transportation hub, with easy access to all major forms of transportation, Aluva acts as a corridor which links the highland districts to the rest of the state. Cochin International Airport at Nedumbassery is 11.7 km from Aluva. Aluva is accessible through rail (Aluva Railway Station), air (Cochin International Airport) and metro (Kochi Metro).

These PIN Codes are those where we can arrange delivery of Gifts to Aluva .
"HD" represents "Hand Delivery". For these PIN codes, delivery will be done by hand on the date you choose.
"CD" refers to "Courier Delivery". For these PIN codes, the gifts will be shipped through our shipping partners & will be delivered during the range of dates selected by you.