GiftstoIndia24x7.com has been involved in many different types of charitable contributions since its inception in 1999. The efforts of this gifting site that is used to send online gifts to India has brought smiles to the faces of many people. This online gift store that is used by many to send birthday gifts to India is also becoming known because of its contribution towards society. In its latest philanthropic endeavour, GiftstoIndia24x7.com, which also provides a gifts to India same day delivery service for its clients, gave out gifts of toys to children living on the streets.

The effort which was carried out on this year’s Valentine’s Day has really made 2016 a memorable time for these little ones. The large collection of exciting toys that they now have to play with will surely make lives easier for both them and their parents. The different kinds of toys for both boys and girls that were distributed on this day will be described here in greater detail. The toys that were distributed on this day come from the gifts for kids and gifts for infants sections of this online gifting portal. This distribution was done keeping in mind the age of the children.

A number of toys for toddlers were distributed on this day that included a number of unique gift items. Gifts like kids’ phones, toy furniture sets, toy utensils, dolls, toy animals, balls and many other items compose this category which were given out. Outdoor sports game sets for kids were also included in the list of items that were handed down. These included cricket sets and golf sets among many others and this gift will enable the child to play outdoors that will help in the all round development of these little angels.

Soft footballs were given out for babies which they can play with as well as cuddle while sleeping and they are good for the infant’s physical development. These balls are available in vibrant colour combinations that also helps to develop the mental faculties of the child. Attractive cars were distributed on this day individually and in sets that were instantly liked by these kids. These toys come in different models and colour combinations which the children enjoyed a lot. Different types of cars like ambulance, police vans and fire engines were also included. Apart from the toys, ceramic mugs for kids were also distributed among the kids during this event. These mugs will be of great use to the children in their day to day lives as they can use them for drinking milk and other things. The handles of these mugs are in the shapes of different animals.

Talking about this humanitarian effort involving street children, Mr. Amit Desai, the CEO of this organisation, states that, “Though sending online gifts form the main part of our work, altruistic efforts such as these appeals greatly to our inner being. We endeavour to perform similar charitable deeds in the years to come and try to be of some use to this world we live in.” 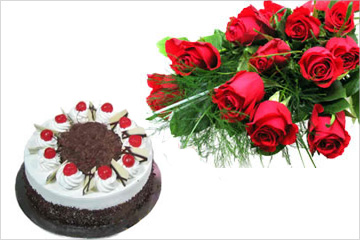