Why use us to send Gifts to Yamunanagar

No. of gifts delivered in Yamunanagar - 529
Delivery Options for Yamunanagar 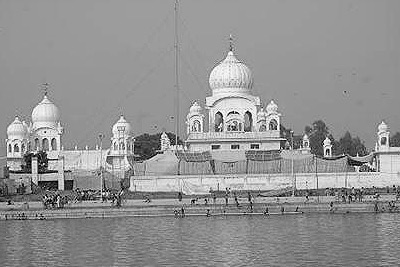 Yamunanagar, previously known as Abdullahpur, is a city and a municipal corporation in Yamunanagar district in the Indian state of Haryana. This town is known for the cluster of plywood units. It is also known for providing fine timber to larger industries. The older town is called Jagadhri. The Yamunanagar-Jagadhri railway station (YJUD) services the city. Despite its name, Jagadhri Railway Station is situated in Yamunanagar. There is also another railway station called Jagadhri Workshop in Yamunanagar. It used to be a green, clean and prosperous industrial city.[citation needed] Major Industries like BILT, Sarswati Sugar Mill, ISGEC, and Bharat Starch Mill are situated in Yamunanagar. However, the recent spur in Industrial units in and around the city have resulted in severe air, water and soil pollution issues. The city is turning up rapidly with the opening of multiplexes and various high end brand stores.
Source : Wikipedia

To your dear ones residing in Yamunanagar, a city in Haryana, you can now send them heart winning gifts from our online gifting portal GiftstoIndia24x7.com and get it delivered on the same day of placing an order with our same day delivery service. Cakes, Flowers, Chocolates, Sweets, Gift Hampers, Soft Toys, Fruits, Dry Fruits all these gifts can be chosen from our website and place an order for so you can celebrate a special day with your near and dear ones even being far abroad.

I want to send gifts same day to Yamunanagar. Is it possible ?

It is difficult to leave your near and dear ones behind in Yamunanagar and stay away.
Send them loving gifts on festivals and special occasions with Giftstoindia24x7.com’s same day delivery service. The site has an attractive spread of gifting items that you can purchase and also get them delivered to your friends and family within 24 hours of placing the order. Now connect with your loved ones from anywhere in the world without having to worry about the distance.

Can flowers be delivered same day in Yamunanagar?

Yes, you can now get flowers delivered to your dear ones staying in Yamunanagar on the same day of placing your order. GiftstoIndia24x7.com arranges for this special delivery with its same day delivery service. The site has a huge variety of fresh flowers arranged in the most aesthetic fashion in its garden-like inventory. Choose a bouquet of flowers you like with just a click from anywhere in the world and it shall get delivered to your loved ones’ doorsteps within 24 hours of placing your order.