Why use us to send Gifts to Viramgam

No. of gifts delivered in Viramgam - 7
Delivery Options for Viramgam 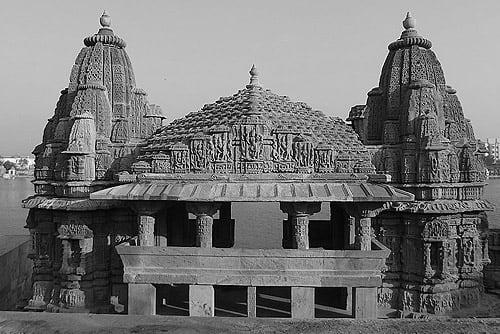 Viramgam is a town and former princely state, in the Ahmedabad district in the Indian state of Gujarat. Gateway Distriparks flagged off the first export train service from the newly-built inland container depot (ICD) at Viramgam.

Around 1090, Minaldevi, the mother of Jayasimha Siddharaja of Chaulukya dynasty who ruled from Anhilwad Patan, commissioned the Mansar lake. Siddhraj added several shrines and temples later. Circa 1484, Viramgam state was founded. Under the strong Mandal chief, Viramgam did not become part of the Muslim Gujarat Sultanate until 1530. Commanding the entrance to Kathiawar, the Mughal governors chose it as the headquarters of the Jhalavad prant (district), and in the disturbances of the eighteenth century, it was the scene of several struggles.

These PIN Codes are those where we can arrange delivery in Viramgam .
"HD" represents "Hand Delivery". For these PIN codes, delivery will be done by hand on the date you choose.
"CD" refers to "Courier Delivery". For these PIN codes, the gifts will be shipped through our shipping partners & will be delivered during the range of dates selected by you.