Why use us to send Gifts to Viluppuram

No. of gifts delivered in Viluppuram - 79
Delivery Options for Viluppuram 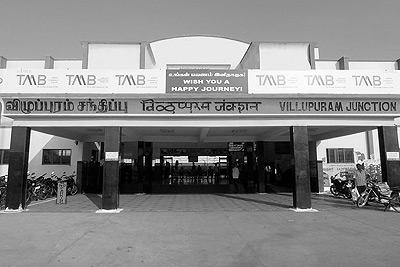 Viluppuram (also Villupuram or Vizhupuram) is one of the 33 districts which make up the state of Tamil Nadu, situated on the southern tip of India. The district headquarters is located at Viluppuram. The district was founded on September 30, 1993, when it was created out of the South Arcot district. Viluppuram is the largest district in the state. It lies between the Tiruchirapalli and Chennai national highways. It is well-connected by rail and road, and is a major rail junction. This district has several tourist spots which are more than 500 years old, such as the Gingee Fort.

These PIN Codes are those where we can arrange delivery in Viluppuram .
"HD" represents "Hand Delivery". For these PIN codes, delivery will be done by hand on the date you choose.
"CD" refers to "Courier Delivery". For these PIN codes, the gifts will be shipped through our shipping partners & will be delivered during the range of dates selected by you.