Why use us to send Gifts to Vijapur

No. of gifts delivered in Vijapur - 61
Delivery Options for Vijapur 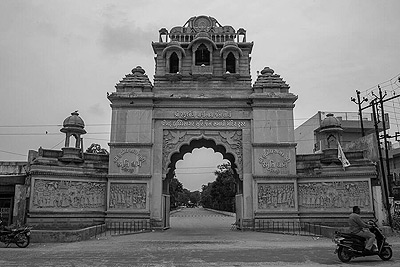 Vijapur is a city and a municipality in Mehsana district in the Indian state of Gujarat.

Vijapur is a birthplace of Jain monk Buddhisagar Suri. Buddhisagarsuri (1874–1925) was an ascetic, philosopher and author of the early 20th century. He wrote more than hundred books. He was born in nearby Manipura village. He was Patel by birth, and got enlightenment at an early age. He established Mahudi Jain temple of Ghantakarna Mahavir. He lived in Vijapur and died in Vikram samvat 1981(1925 A.D). He was cremated in Vijapur after his death. His samadhi is located behind the government guest home at vijapur.

These PIN Codes are those where we can arrange delivery in Vijapur .
"HD" represents "Hand Delivery". For these PIN codes, delivery will be done by hand on the date you choose.
"CD" refers to "Courier Delivery". For these PIN codes, the gifts will be shipped through our shipping partners & will be delivered during the range of dates selected by you.