Why use us to send Gifts to Varanasi

No. of gifts delivered in Varanasi - 738
Delivery Options for Varanasi 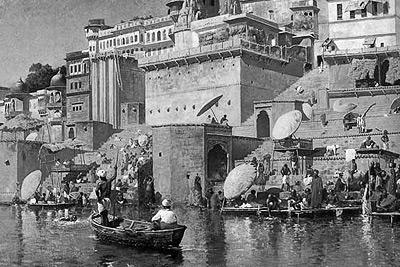 Varanasi, also known as Benares, Banaras, or Kashi, is a city on the banks of the river Ganga in the Uttar Pradesh state of North India, 320 kilometres (200 mi) south-east of the state capital, Lucknow, and 121 kilometres (75 mi) east of Allahabad. A major religious hub in India, it is the holiest of the seven sacred cities (Sapta Puri) in Hinduism and Jainism, and played an important role in the development of Buddhism and Ravidassia. Varanasi lies along National Highway 2, which connects it to Kolkata, Kanpur, Agra, and Delhi, and is served by Varanasi Junction railway station and Lal Bahadur Shastri International Airport.

Varanasi is also one of 72 districts in the Indian state of Uttar Pradesh. At the time of the 2011 census, there were a total of 8 blocks and 1329 villages in this district. The main native languages of Varanasi are Hindi and Bhojpuri.

These PIN Codes are those where we can arrange delivery in Varanasi .
"HD" represents "Hand Delivery". For these PIN codes, delivery will be done by hand on the date you choose.
"CD" refers to "Courier Delivery". For these PIN codes, the gifts will be shipped through our shipping partners & will be delivered during the range of dates selected by you.

Send your dear ones a gift at the stroke of midnight on their special day to make them feel loved. We at GiftstoIndia24x7.com provide you the exclusive facility to send gifts to your friends and family at midnight in Varanasi. Now expressing your emotions need not be limited by time or distance and you are sure to bring a smile on your loved one’s face.
Chat