Why use us to send Gifts to Vadodara

No. of gifts delivered in Vadodara - 4371
Delivery Options for Vadodara 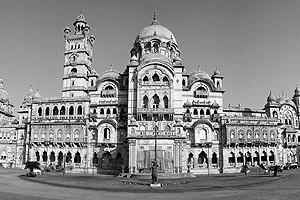 Baroda State was a village present-day Gujarat, ruled by the Gaekwad dynasty of the Maratha Confederacy from its formation in 1721 until 1949 when it acceded to the newly formed Union of India. With the city of Baroda (Vadodara) as its capital, during the British Raj its relations with the British were managed by the Baroda Residency. At the time of Indian independence, only five rulers—the Nizam of Hyderabad, the Maharaja of Mysore, the Maharaja of Jammu and Kashmir state, the Maharaja Gaekwad of Baroda and the Maharaja Scindia of Gwalior—were entitled to a 21-gun salute. Baroda formally acceded to the Union of India, on 1 May 1949, prior to which an interim government was formed in the state. In late 18th century, the Baroda state established a Naval set up at Bilimora, a port about 40 miles south of Surat, known as Bunder Bilimora Suba Armor. Here a fleet of 50 vessels was stationed, which included mostly sails, cargo vessels for trading and military vessels to secure the sea from Portuguese, Dutch and French.

Are Fresh Cakes and Flowers Delivered By GiftstoIndia24x7.com to Vadodara ?

GiftstoIndia24x7.com understands the emotions behind your gifts and so that you don’t miss your loved one’s special occasions we have introduced Same Day Delivery Of Gifts.
With this you can send gifts to Vadodara within one working day. The same gifts will be delivered that you ordered for and it will be delivered to your family and friends doorstep and put a smile on their face.

Gifts are the best way of communicating with your loved ones. Be it an anniversary, birthday or Valentine’s day. Now you can send your best surprises on the special day, at the stroke of midnight. We have picked the best items of uncompromised quality, that you can send your loved ones in Vadodara. With us now you can get your selected gift delivered at midnight, to surprise your dear ones before everyone else.

Midnight Delivery of Gifts in Vadodara

On special day surprising our loved ones at midnight feels amazing and so GiftstoIndia24x7.com brings to you the option of midnight delivery of gifts. You can now send beautiful gifts to your friends and family in Vadodara and surprise them when the clock strikes at midnight. All the gifts you select like cakes or flowers will be fresh even at midnight. Our customer service is 24x7 available for you hence you have any query or suggestion regarding your gift you can always find us with you.