Why use us to send Gifts to Trichur

No. of gifts delivered in Trichur - 62
Delivery Options for Trichur 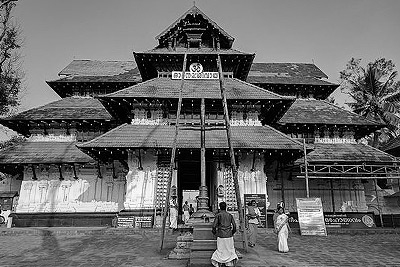 Thrissur, formerly Trichur, is a city and the headquarters of the Thrissur district in Kerala. It is the fourth largest urban agglomeration in Kerala after Kochi and Calicut urban areas and the 21st largest in India. It is famous for the Thrissur Pooram festival. Thrissur was once the capital of the Kingdom of Cochin. The city is 75 km north-east of Kochi, 133 km south-west of Coimbatore, 124 km south-east of Kozhikode and 151 km north of Changanacherry. Summer lasts from March to May which is the hottest time of the year.

Do you worry how can you send gifts to Trichy and get it delivered on time ? Worry not as with GiftstoIndia24x7.com will deliver your gifts to Trichy within one day with our same day delivery service and surprise your family and friends there. With these gifts feel more connected and close to your loved ones. Choose from our wide range of gifts