Why use us to send Gifts to Theni

No. of gifts delivered in Theni - 24
Delivery Options for Theni 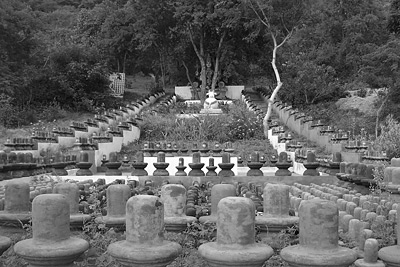 Theni District is a district of Tamil Nadu state in South India.Theni district is Located in Madurai Region , The town of Theni is the district headquarters. The district is divided into two natural divisions: The hilly areas are constituted by parts of the three taluk's Periyakulam, Uthamapalayam and Andipatti with thick vegetation and perennial streams from the hills on the western side and Cumbum valley which lies in Uthamapalayam taluk.[3] As of 2011, Theni district had a population of 1,245,899 with a sex-ratio of 980 females for every 1,000 males.
Source :Wikipedia

These PIN Codes are those where we can arrange delivery of Gifts to Theni .
"HD" represents "Hand Delivery". For these PIN codes, delivery will be done by hand on the date you choose.
"CD" refers to "Courier Delivery". For these PIN codes, the gifts will be shipped through our shipping partners & will be delivered during the range of dates selected by you.