Why use us to send Gifts to Thalassery

No. of gifts delivered in Thalassery - 95
Delivery Options for Thalassery 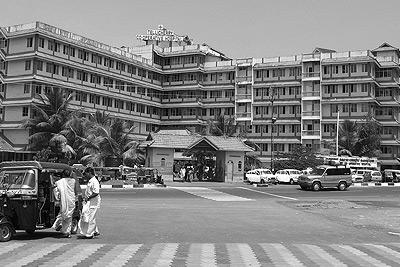 Thalassery, formerly Tellicherry, is a commercial city on the Malabar Coast in Kannur district, in the state of Kerala, India, bordered by the districts of Mahé (Pondicherry), Kozhikode, Wayanad, Kasaragod and Kodagu (Karnataka). Thalassery municipality has a population just under 100,000. Thalassery has an area of 23.98 square kilometres (9.26 sq mi). It is 22 km south of the district headquarters in Kannur town. Thalassery is situated in an altitude ranging from 2.5m to 30m above mean sea-level.

These PIN Codes are those where we can arrange delivery in Thalassery .
"HD" represents "Hand Delivery". For these PIN codes, delivery will be done by hand on the date you choose.
"CD" refers to "Courier Delivery". For these PIN codes, the gifts will be shipped through our shipping partners & will be delivered during the range of dates selected by you.