Why use us to send Gifts to Tenali

No. of gifts delivered in Tenali - 82
Delivery Options for Tenali 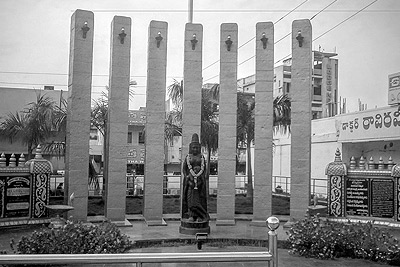 Tenali is a city in Guntur district of the Indian state of Andhra Pradesh. It is a municipality and the headquarters of Tenali mandal and Tenali revenue division.[3] The city is renowned for art, cultural, drama and hence, it is often referred with the nickname as Andhra Paris. The city is well connected to villages nearby and people from rural areas come to Tenali for work purposes. The city is rapidly growing and has access to Theatres, parks. It is well known for the 3 canals that pass next to each other with roads in between them.Tenali Ramakrishna One of the Eight Poets and Jester Of King Krishnadevaraya Hails from Tenali.
Source : Wikipedia