Why use us to send Gifts to Tatanagar

No. of gifts delivered in Tatanagar - 21
Delivery Options for Tatanagar 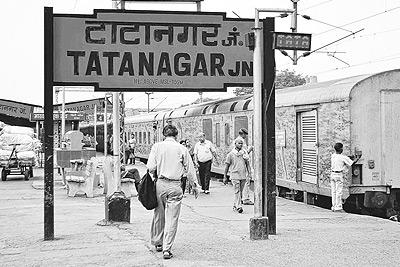 Jamshedpur is the most populous urban agglomeration in the Indian state of Jharkhand. It is named after Tata Group founder Jamsetji Tata. Jamshedpur is the headquarters of the East Singhbhum district of Jharkhand. According to the 2011 census of India, Jamshedpur (East Singhbhum & Seraikela-Kharsawan) district has a current population of 1,337,131; the Jamshedpur urban agglomeration (UA), which includes the adjoining areas and the country's 36th-largest urban agglomeration. It is the first planned city of India. It is located on the Chota Nagpur plateau and is surrounded by the picturesque Dalma Hills. The city is bordered by the rivers Subarnarekha and Kharkai on the north and west parts of the city. Jamshedpur is home to the world's tenth largest steel manufacturing company, Tata Steel.

In 1919 Lord Chelmsford named the city, which was earlier a village called Sakchi, to Jamshedpur in honour of its founder, Jamsetji Tata, whose birthday is celebrated on 3 March as Founder's Day.  J. N. Tata had written to his son Dorabji Tata about his vision of a great city in the area. On Founders Day, which is 3 March, the 225-acre (0.91 km2) Jubilee Park is decorated with brilliant lightwork for about a week.
Source : Wikipedia

These PIN Codes are those where we can arrange delivery in Tatanagar .
"HD" represents "Hand Delivery". For these PIN codes, delivery will be done by hand on the date you choose.
"CD" refers to "Courier Delivery". For these PIN codes, the gifts will be shipped through our shipping partners & will be delivered during the range of dates selected by you.