Why use us to send Gifts to Tarsali

No. of gifts delivered in Tarsali - 2
Delivery Options for Tarsali 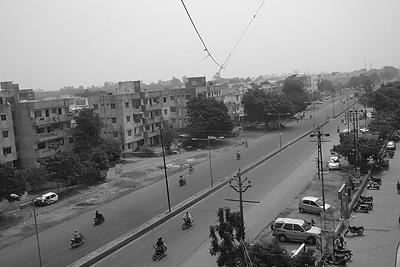 Tarsali is a census town in Vadodara district in the Indian state of Gujarat. Tarsali has become a developed area of Vadodara as of growing price in land and construction. However, many people from Tarsali areas own factories in Makarpura GIDC. Most Tarsali students go to New Era High School, Makarpura, Baroda High School ONGC, Bhavans ONGC. Tarsali has a smaller community of Amin (upper class-Aryan caste system). The roots of the community are from the village Darapura. So they relate to Amin' families of Darapura also. Tarsali Amin khadki consists of 35-40 families, also a family in nearby village Jambuva. They are descendants of Devidasbhai Zaverbhai Amin. Around 1805, Devidasbhai Amin was granted an estate in Tarsali by Gaekwar Maharaja of Baroda state. He was then shifted to Tarsali from Darapura, a village near Padara.

These PIN Codes are those where we can arrange delivery in Tarsali .
"HD" represents "Hand Delivery". For these PIN codes, delivery will be done by hand on the date you choose.
"CD" refers to "Courier Delivery". For these PIN codes, the gifts will be shipped through our shipping partners & will be delivered during the range of dates selected by you.