Why use us to send Gifts to Sunam

Send rakhi to india to Celebrate the festival of raksha bandhan. If you are looking for free rakhi delivery in india, order with us. Sending online rakhi to india since 1999.

No. of gifts delivered in Sunam - 83
Delivery Options for Sunam 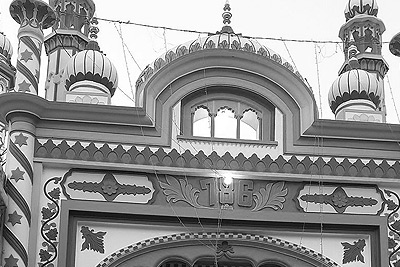 Sunam is a city and a tehsil in Sangrur district in the Indian state of Punjab. The city of Sunam, which falls in Sunam tehsil, was renamed as Sunam Udham Singh Wala in 2006 by the Punjab Government after the Indian freedom fighter and martyr Shaheed Udham Singh. Sunam is located at 30.13°N 75.8°E. It has an average elevation of 231 metres (757 feet). Sunam falls under the district of Sangrur. Located on the Ludhiana-Hisar railway line, it is connected by road with Patiala (64 km), Sangrur (19 km), Bathinda(114 km), Ludhiana (90 km), and Chandigarh (129 km). As of the 2011 India census,Sunam had a population of 334,641. Males constitute 53.3% of the population and females 46.7%. Sunam has an average literacy rate of 75.6%, higher than the national average of 74.04%: male literacy is 79.6%, and female literacy is 71%. In Sunam, 11% of the population is under 6 years of age.

These PIN Codes are those where we can arrange delivery in Sunam .
"HD" represents "Hand Delivery". For these PIN codes, delivery will be done by hand on the date you choose.
"CD" refers to "Courier Delivery". For these PIN codes, the gifts will be shipped through our shipping partners & will be delivered during the range of dates selected by you.