Why use us to send Gifts to Solan

No. of gifts delivered in Solan - 323
Delivery Options for Solan 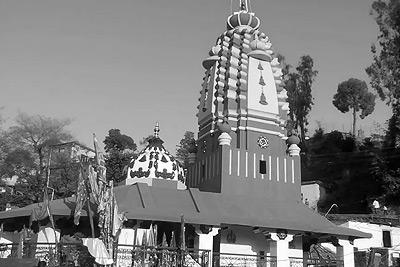 Solan is the district headquarters of Solan district (created on 1 September 1972) in the Indian state of Himachal Pradesh. The largest Municipal Council of Himachal Pradesh, it is located 46 kilometres (29 mi) south of the state capital, Shimla. At an average elevation of 1,600 metres (5,200 ft). The place is named after the Hindu goddess Shoolini Devi. Every year in the month of June, a fair venerating the goddess is held, featuring a 3-day mela at the central Thodo grounds. Solan was the capital of the erstwhile princely state, Baghat. It is known as the "Mushroom city of India" because of the vast mushroom farming in the area as well as the Directorate of Mushroom Research (DMR) situated at Chambaghat. Solan is crowned as the "City of Red Gold", in reference to the bulk production of tomatoes in the area. The town is situated between Chandigarh (joint capital of Punjab and Harayana) and Shimla (state capital), on the Kalka-Shimla National Highway-22. The Kalka-Shimla railway a Narrow-gauge railway line passes through Solan. It was built by the British and is a recognised UNESCO World Heritage site.
Source : Wikipedia

These PIN Codes are those where we can arrange delivery in Solan .
"HD" represents "Hand Delivery". For these PIN codes, delivery will be done by hand on the date you choose.
"CD" refers to "Courier Delivery". For these PIN codes, the gifts will be shipped through our shipping partners & will be delivered during the range of dates selected by you.

The city of Solan, is known for its seasonal vegetables, sweet shops and roasted corn. In this city of Solan your gifts can be delivered on the same day with us to surprise your family and friends there. Cakes, chocolates, flowers, soft toys and many such gifts are available on our website which you can send to your loved ones on the same day of you placing an order with us.

I want to send gifts same day to Solan. Is it possible ?

We have been serving its customers in most of the states of India for the last two decades. Delivering gifts to Solan on the same day is absolutely possible with the unique one day delivery facility provided by this site. With the right products in the inventory, now you can gift your close ones the surprise of their lives through this site from anywhere in the country or abroad.

Can flowers be delivered same day in Solan?

Find the perfect bouquet with the right flowers to send to your loved ones in Solan on any and every occasion. Be it an anniversary, birthday or even a condolence meet, we have the most suitable bouquet and other flower arrangements. The site also values your time and urgency in sending this gift and lets you send your gift within 24 hours of placing your order with its same day delivery service.