Why use us to send Gifts to Srinagar

No. of gifts delivered in Srinagar - 117
Delivery Options for Srinagar 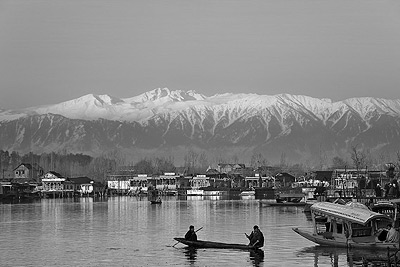 Srinagar is the largest city and the summer capital of the Indian state of Jammu and Kashmir. It lies in the Kashmir Valley on the banks of the Jhelum River, a tributary of the Indus, and Dal and Anchar lakes. The city is known for its natural environment, gardens, waterfronts and houseboats. It is also known for traditional Kashmiri handicrafts and dried fruits. It is the northernmost city of India with over 1 million people.

The earliest records, such as Kalhana's Rajatarangini, the name Siri-nagar (or Sri-nagara) is mentioned, which in turn is a local transformation of the Sanskrit name Surya-nagar, meaning "City of the Sun". The name Sri-nagar is also used in the records of the Chinese Tang Dynasty.

These PIN Codes are those where we can arrange delivery in Srinagar .
"HD" represents "Hand Delivery". For these PIN codes, delivery will be done by hand on the date you choose.
"CD" refers to "Courier Delivery". For these PIN codes, the gifts will be shipped through our shipping partners & will be delivered during the range of dates selected by you.

Send gifts on the same day to your family and friends to the city of Srinagar the capital city of Jammu and Kashmir with GiftstoIndia24x7.com's same day delivery service and feel more connected with your dear ones. These gifts which you will find on our website will surely be loved by your dear ones and with our on time delivery will put a smile on their face. From a wide range of gifts you can select from many gifts option

Can flowers be delivered same day in Srinagar?

Missing the beautiful city of Srinagar and your loved ones staying there? Send them a lovely bouquet of fresh flowers from anywhere in India or abroad and also get it delivered to them within 24 hours of placing your order.
This is possible with GiftstoIndia24x7.com and its same day delivery service. The site has a large stock of various popular and exotic flowers that you can choose from for your friends and family.