Why use us to send Gifts to Shimla

No. of gifts delivered in Shimla - 471
Delivery Options for Shimla 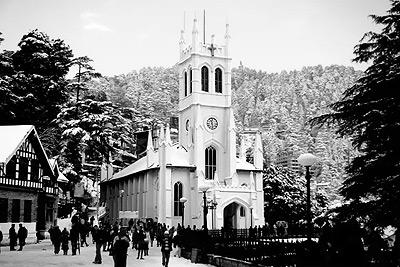 Shimla, also known as Simla, is the capital and the largest city of the northern Indian state of Himachal Pradesh. Shimla is also a district which is bounded by the state of Uttarakhand in the south-east, districts of Mandi and Kullu in the north, Kinnaur in the east, Sirmaur in the south and Solan in the west. In 1864, Shimla was declared as the summer capital of British India, succeeding Murree, northeast of Rawalpindi. After independence, the city became the capital of Punjab and was later named the capital of Himachal Pradesh. It is the principal commercial, cultural and educational centre of the state. Small hamlets were recorded prior to 1815 when British forces took control of the area. The climatic conditions attracted the British to establish the city in the dense forests of Himalayas. As the summer capital, Shimla hosted many important political meetings including the Simla Accord of 1914 and the Simla Conference of 1945. After independence, the state of Himachal Pradesh came into being in 1948 as a result of integration of 28 princely states. Even after independence, the city remained an important political centre, hosting the Simla Agreement of 1972. After reorganisation of state of Himachal Pradesh, the existing Mahasu district was named Shimla.
Source : Wikipedia

These PIN Codes are those where we can arrange delivery in Shimla .
"HD" represents "Hand Delivery". For these PIN codes, delivery will be done by hand on the date you choose.
"CD" refers to "Courier Delivery". For these PIN codes, the gifts will be shipped through our shipping partners & will be delivered during the range of dates selected by you.