Why use us to send Gifts to Satara

No. of gifts delivered in Satara - 149
Delivery Options for Satara 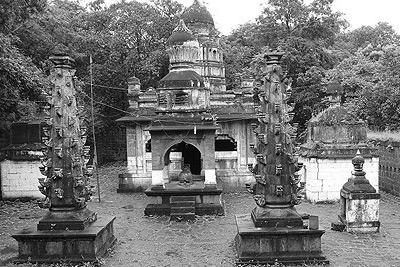 Satara is a city located in the Satara District of Maharashtra state of India, near the confluence of the river Krishna and its tributary, the Venna. The city was established in the 16th century and was the seat of the Raja of Satara, Chhatrapati Shahu. It is the headquarters of Satara Tahsil, as well as the Satara District. The city gets its name from the seven forts (Sat-Tara) which are near the city.

You can visit Satara by road, train or by air. It is about 250 km from capital city of Mumbai on national highway no. 48 (via Mumbai Pune Expressway and PB road). Train services from Chhatrapati Shivaji Maharaj Terminus railway station, Mumbai to Kolhapur via Satara. Private travels and government state transport buses are available from Borivali, Dadar, Mumbai Central and Thane to Satara. Satara is around 110 km from Pune (Pune International Airport is the nearest airport) by road.

These PIN Codes are those where we can arrange delivery in Satara .
"HD" represents "Hand Delivery". For these PIN codes, delivery will be done by hand on the date you choose.
"CD" refers to "Courier Delivery". For these PIN codes, the gifts will be shipped through our shipping partners & will be delivered during the range of dates selected by you.