Why use us to send Gifts to Sangli

No. of gifts delivered in Sangli - 138
Delivery Options for Sangli 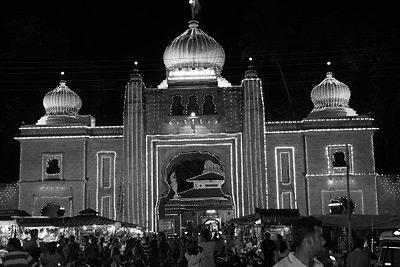 Sangli-Miraj & Kupwad is a metropolitan and a municipal corporation in Sangli district in the Indian state of Maharashtra.

Sangli is situated on the banks of river Krishna.

The Sangli Miraj Kupwad Municipal Corporation is the governing body of the mini metropolitan area of Sangli Miraj Kupwad. The municipal corporation consists of democratically elected members, is headed by a mayor and administers the city's infrastructure, public services and police. Members from the state's leading various political parties hold elected offices in the corporation.

These PIN Codes are those where we can arrange delivery in Sangli .
"HD" represents "Hand Delivery". For these PIN codes, delivery will be done by hand on the date you choose.
"CD" refers to "Courier Delivery". For these PIN codes, the gifts will be shipped through our shipping partners & will be delivered during the range of dates selected by you.