Why use us to send Gifts to Salem

No. of gifts delivered in Salem - 448
Delivery Options for Salem 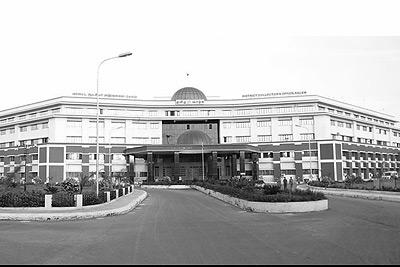 Salem is a city in Salem district in the Indian state of Tamil Nadu. It is located about 160 kilometres (100 mi) northeast of Coimbatore, 186 kilometres (116 mi) southeast of Karnataka state capital Bangalore and about 340 kilometres (210 mi) southwest of the state capital, Chennai. Salem is the fifth largest city in Tamil Nadu by population and covers 101.34 km2 (39.13 sq mi).

The town and the surrounding hilly regions were part of the Chera dynasty and was part of the trade route with the Roman empire. It was later governed by Poligars, who built temples and forts in and around the city. It was part of the Vijayanagara empire before being captured by Hyder Ali during the early 18th century, after the Mysore-Madurai war. It was ceded to the British in 1768 and the area became part of the struggle between Kongu Nadu led by Dheeran Chinnamalai and the British. Salem became part of Salem district since independence in 1947.

These PIN Codes are those where we can arrange delivery in Salem .
"HD" represents "Hand Delivery". For these PIN codes, delivery will be done by hand on the date you choose.
"CD" refers to "Courier Delivery". For these PIN codes, the gifts will be shipped through our shipping partners & will be delivered during the range of dates selected by you.