Why use us to send Gifts to Ropar

No. of gifts delivered in Ropar - 439
Delivery Options for Ropar 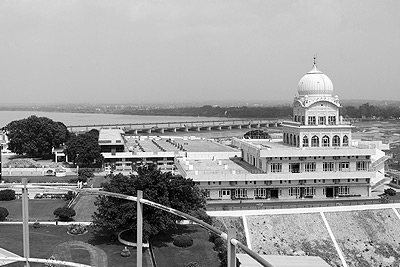 Rupnagar (formerly known as Ropar or Rupar), is a city and a municipal council in Rupnagar district in the Indian state of Punjab. Rupnagar is a newly created fifth Divisional Headquarters of Punjab comprising Rupnagar, Mohali, and its adjoining districts. It is also one of the bigger sites belonging to the Indus Valley Civilization. Rupnagar is nearly 50 km (31 mi) to the northwest of Chandigarh (the nearest airport and the capital of Punjab). It is bordered by Himachal Pradesh to the north and Shahid Bhagat Singh Nagar district (formerly known as Nawanshahr district) to its west.

There are many historical and religious places in Rupnagar, including gurdwaras such as Gurudwara Bhhatha Sahib and Gurudwara Tibbi Sahib.

These PIN Codes are those where we can arrange delivery of Gifts to Ropar .
"HD" represents "Hand Delivery". For these PIN codes, delivery will be done by hand on the date you choose.
"CD" refers to "Courier Delivery". For these PIN codes, the gifts will be shipped through our shipping partners & will be delivered during the range of dates selected by you.