Why use us to send Gifts to Rameshwaram

No. of gifts delivered in Rameshwaram - 2
Delivery Options for Rameshwaram 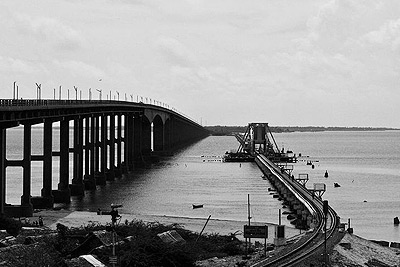 Rameswaram, (also spelt as Ramesvaram, Rameshwaram) is a town and a second grade municipality in the Ramanathapuram district in the South Indian state of Tamil Nadu. It is on Pamban Island separated from mainland India by the Pamban channel and is about 40 kilometres from Mannar Island, Sri Lanka. It is in the Gulf of Mannar, at the tip of the Indian peninsula. Pamban Island, also known as Rameswaram Island, is connected to mainland India by the Pamban Bridge. Rameswaram is the terminus of the railway line from Chennai and Madurai. Together with Varanasi, it is considered to be one of the holiest places in India to Hindus, and part of the Char Dham pilgrimage.