It is never possible to understand the want of others, therefore making the act of sending the perfect gift extremely difficult. To help you solve this problem GiftstoIndia24x7.com has brought for you the perfect solution in the form of - Gift Vouchers. Now you can use our portal to send gift vouchers to your dear ones for any occasion or festival, and help your beloved people pick the gift of their own choice. We have vouchers of home decors to apparels, and many more items that is bound to solve all your gifting requirements. 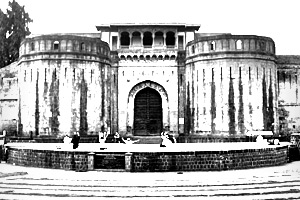 Pune is considered the cultural capital of Maharashtra. Since the 1950s and 1960s, Pune has had traditional old-economy industries which continue to grow today. Further, the city is also known for manufacturing and automobiles, as well as government and private sector research institutes for information technology (IT) education, management and training, that attract migrants, students, and professionals from India. This city is considered as the cultural capital of Maharashtra. Pune had an old- economic base which results in making this city as one of the most important financial and industrial hubs. It has also been marked famous for various automobile and manufacturing industries. This city attracts professionals from different parts of the world and therefore is considered as one of the most popular city of India.