Why use us to send Gifts to Pathankot

No. of gifts delivered in Pathankot - 653
Delivery Options for Pathankot 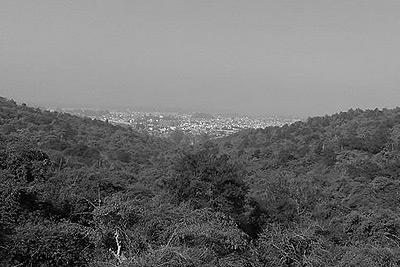 Pathankot is a city in the Punjab state of India. Pathankot district is a border district which shares international border with Pakistan on its West. Pathankot was officially declared as District of Punjab state on 27 July 2011 (Previously it was a Tehsil of Gurdaspur district, Punjab). Pathankot district is at the meeting point of the three northern states of India -- Punjab, Himachal Pradesh and Jammu & Kashmir. Due to its location, Pathankot serves as a travel hub for those three northerly states.

Pathankot is the 9th most populous city in the state of Punjab. After Ludhiana, Amritsar & Jalandhar, Patiala, Bhatinda, Pathankot is 6th Largest and populous if SUB-URBAN areas like Sarna (5 km from ISBT), Mamun(5 km from ISBT), Jugial(9 km from ISBT) are included.Pathankot along with its nearby twin city of Kathua in J&K constitute the Kathua-Pathankot urban area.

These PIN Codes are those where we can arrange delivery in Pathankot .
"HD" represents "Hand Delivery". For these PIN codes, delivery will be done by hand on the date you choose.
"CD" refers to "Courier Delivery". For these PIN codes, the gifts will be shipped through our shipping partners & will be delivered during the range of dates selected by you.

GiftstoIndia24x7.com offers same day delivery service so your gifts can reach your dear ones in Pathankot within one day of you placing the order. You do not have to miss out on any occasion to send gifts to your dear ones as with our range of gifts you can select the best for them and get it delivered on the same day itself. Our team works hard to make the online gifting a pleasing experience for you and also to convey your good wishes to your family and friends and put a smile on their face.

I want to send gifts same day to Pathankot. Is it possible ?

Yes, it is possible to send gifts to your loved ones in Pathankot. With GiftstoIndia24x7.com, now you can send gifts to your loved ones with the same day delivery option. This lets you exhibit your emotions to your friends and family despite being away from them. Choose from the wide assortment of flowers, apparels, and gift materials, to bring a smile to your dear ones’ face even when you are away from them.

Can flowers be delivered same day in Pathankot?

Sending flowers to your dear ones in Pathankot from anywhere in the country or abroad is now just a click away with GiftstoIndia24x7.com. The site has an exclusive same day delivery service that lets you send your gift within 24 hours of placing the order. There is a huge variety of floral bouquets and bunches available in this site that you can choose from to express your emotions to your dear ones even from afar.
Chat