Why use us to send Gifts to Namakkal

No. of gifts delivered in Namakkal - 40
Delivery Options for Namakkal 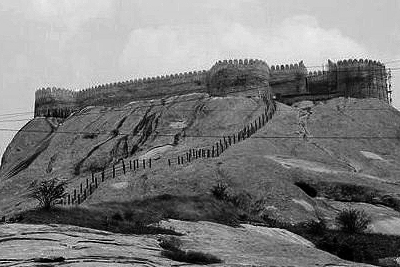 Namakkal is a Selection grade municipality and headquarters of Namakkal district in the Indian state of Tamil Nadu, Which is shortly called as NMKL. It is the first ISO 14001-2004 certified municipality in Asia for environmental management, specifically the provision and maintenance of water supply, solid waste and sewage management, town planning, lighting and other social services

Namakkal is a historic town with reference at (SM)back to at least the 7th century. The name Namakkal derives from Namagiri, which is the name of the single rock formation at the center of the town. The rock is enormous - 65 meters high and more than a kilometre in circumference. Over this massive rock, is a fort, Namakkal Fort. The fort over the rock was built by Ramachandra Nayakar, a small king who ruled Namakkal during the 16th century. It is believed that Tippu Sultan hid himself in this fort for some time to escape the British. The fort was not built by Tippu Sultan but he occupied it for a brief period of time. Later the fort was captured by British.