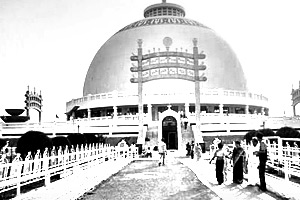 Nagpur is the second capital and the third most populous city of the Indian state of Maharashtra. It is the 13th most populous city and 13th largest urban agglomeration in India and the largest city in Vidarbha. Nagpur is the seat of the annual winter session of the Maharashtra state assembly, "Vidhan Sabha". It is the winter capital and largest city of central India. The literacy rate of Nagpur is 91.92% and has been market as one of the literate and smart cities of Maharashtra. In addition, the city derives political importance from being the headquarters for the Hindu nationalist organisation RSS and an important location for the Dalit Buddhist movement. It has been identified and marked as one of the best cities in India with many tourist spots, health care facility, good literacy rate and greenery.