Why use us to send Gifts to Nadiad

No. of gifts delivered in Nadiad - 1186
Delivery Options for Nadiad 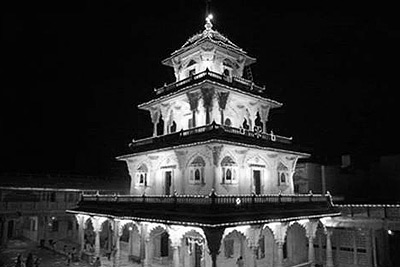 Nadiad is a city and an administrative centre of the Kheda district of Gujarat and the 8th largest city in the state of Gujarat. The city has nine routes, and on each route there is a stepwell. There are 9 villages located to all the 9 roads that exit from Nadiad, 9 step wells around the city, and 9 lakes in the city. Nadiad was also known as The land of educated. Nadiad has a total population of 225,071 as of 2011 India census. Nadiad has an average literacy rate of 95%, higher than the national average of 59.5%, male literacy is 96%, and female literacy is 94%. The seat of Santram Maharaj and the Santram Mandir are important not only for its religious following, also for the free public service active there, such as free medical care for low-income individuals and feeding programmes for the poor and sadhus.

Can Personalised Gifts be Delivered to Nadiad?

What Types of Gift Hampers Can be Delivered to Nadiad?

At times, we want to shower our loved ones with many gifts and so we have brought exclusive gift hampers that you can send to your family and friends in Nadiad.

These Gift Hampers have a combination of flowers, chocolates, cakes, dry fruits etc. You can also select Gift Hampers for Her or Him and make their special occasion more special. Let your presence be felt no matter how far away you are from Nadiad.

How Do I Send Birthday Gifts to Nadiad from USA?

Wondering how can you send birthday gifts for your dear ones in Nadiad from USA. Well you can order your gifts from GiftstoIndia24x7.com and we will deliver it to your friend or family residing in Nadiad. We have been delivering gifts for global Indians since 19 years now and we understand the emotion behind your gifts so we take care of it until it reaches your loved ones. By placing your order with us you do not have to worry about the additional courier charges.

GiftstoIndia24x7.com - Your One Stop Shop for Gifts to Nadiad.

For all your gifting needs there is GiftstoIndia24x7.com to help you in delivering the gifts to Nadiad. We have in store a varied collection of gifts for every occasion and relation. We are delivering gifts to family and friends of global Indians since 1999 and have a reputation of on time delivery. We believe in giving our customers a fabulous online gifting experience hence our gifts will surely make your loved ones happy.

If you want to send gifts to your loved ones in Nadiad on the same day, you can do so with our online gifting portal GiftstoIndia24x7.com, which provides you same day delivery service to1200 cities in India. The gifts will get delivered on the day itself of you placing the order as our gifting portal wants to make the occasion a memorable experience for you and your loved ones. Send cakes, flowers, chocolates, fruits and many more gifts from our website and all these gifts will be delivered fresh to your dear ones.

I want to send gifts same day to Nadiad. Is it possible ?

Sending gifts to Nadiad is now just a click away. Send your loved ones a thoughtful goodie bag from anywhere in the country or abroad with Giftstoindia24x7.com. The site has a collection of wonderful gifting items that you can choose from and get them delivered too within 24 hours of placing the order. Now no more worries about sending gifts to Nadiad from anywhere in the world.

Can flowers be delivered same day in Nadiad?

Staying away from Nadiad on a dear one’s special day? Send them a beautiful bouquet of roses, gerberas or carnations or a combination of different flowers to greet or congratulate them even from afar. GiftstoIndia24x7.com lets you send your friends or family a surprise even at the last minute with its same day delivery service. This service delivers your gift to your loved ones within 24 hours of placing your order.