Why use us to send Gifts to Nabha

No. of gifts delivered in Nabha - 323
Delivery Options for Nabha 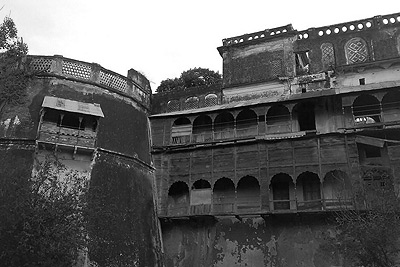 Nabha is a historic city and municipal council in the Patiala district to the south-west of the Indian state of Punjab. It was the capital of the former Nabha State.

The town of Nabha was formerly the capital of the Nabha princely state in the British Raj. Its territories were scattered. One section, divided into twelve separate tracts, was interspersed among the territories of Patiala and Jind, in the east and south of the Punjab. The other section was in the extreme southeast of that province in Rewari and Bawal which the ruler, Hira Singh, had got from the British for fighting against fellow Indian ruler of Jhajjar, Abdur Rehman, in the first war of independence in 1857. The whole of the territories physically belonged to a plain, but they varied in character, from the great fertility of the Pawadh region to the semi-arid proximity of Rajputana desert.

These PIN Codes are those where we can arrange delivery of Gifts to Nabha .
"HD" represents "Hand Delivery". For these PIN codes, delivery will be done by hand on the date you choose.
"CD" refers to "Courier Delivery". For these PIN codes, the gifts will be shipped through our shipping partners & will be delivered during the range of dates selected by you.