Why use us to send Gifts to Mandvi

No. of gifts delivered in Mandvi - 12
Delivery Options for Mandvi 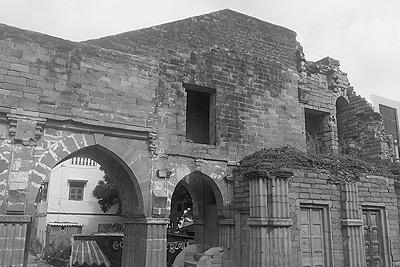 Mandvi is a town with municipality in the Kutch district in the Indian state of Gujarat. It was once a major port of the region and summer retreat for Maharao (king) of the Cutch State. The old city was enclosed in the fort wall and remains of the fort wall can still be seen. The city has a four-hundred-year-old ship building industry, which was started by the caste of Kharva that still builds small wooden ships.
Source :Wikipedia

These PIN Codes are those where we can arrange delivery in Mandvi .
"HD" represents "Hand Delivery". For these PIN codes, delivery will be done by hand on the date you choose.
"CD" refers to "Courier Delivery". For these PIN codes, the gifts will be shipped through our shipping partners & will be delivered during the range of dates selected by you.