Why use us to send Gifts to Mandi

No. of gifts delivered in Mandi - 42
Delivery Options for Mandi 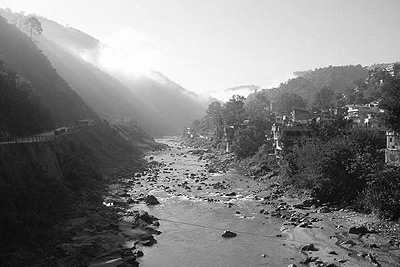 Mandi, formerly known as Mandav Nagar, also known as Sahor (Tibetan: Zahor), is a major town and a municipal council in Mandi District in the Indian state of Himachal Pradesh. It is situated 153 kilometres (95 mi) north of state capital, Shimla in the north-west Himalayas at an average altitude of 850 metres (2,790 ft), and experiences pleasant summers and cold winters. Mandi is connected to the Pathankot through National Highway 20 which is almost 220 km(140 mi) long and to Manali and Chandigarh through National Highway 21 which is 323 km(201 mi) long. Mandi is approximately 184.6 km (114.7 mi) from Chandigarh, the nearest major city, and 440.9 km (273.9 mi) from New Delhi, the national capital.
Source : Wikipedia

These PIN Codes are those where we can arrange delivery of Gifts to Mandi .
"HD" represents "Hand Delivery". For these PIN codes, delivery will be done by hand on the date you choose.
"CD" refers to "Courier Delivery". For these PIN codes, the gifts will be shipped through our shipping partners & will be delivered during the range of dates selected by you.