Why use us to send Gifts to Malegaon

No. of gifts delivered in Malegaon - 3
Delivery Options for Malegaon 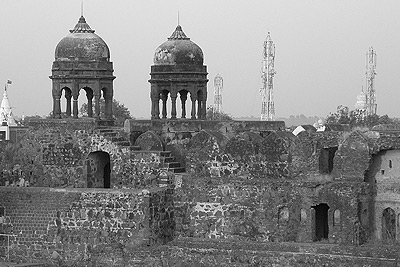 Malegaon is a city and a Municipal Corporation in Nashik District in the Indian state of Maharashtra. Malegaon is the second largest city of Nashik district after Nashik city.
Malegaon is major hub for cloth weaving using early 20th century power looms. The era of power looms in Malegaon emerged after 1935. Malegaon was a traditional handloom-weaving centre in Maharashtra. Most of the preparatory work before weaving like starching the yarn, transferring it over the tubes, preparing tanabana was done by the women. Even after power looms were introduced, women continued to help the men in the weaving procedure.
Source :Wikipedia