Why use us to send Gifts to Malapuram

No. of gifts delivered in Malapuram - 216
Delivery Options for Malapuram 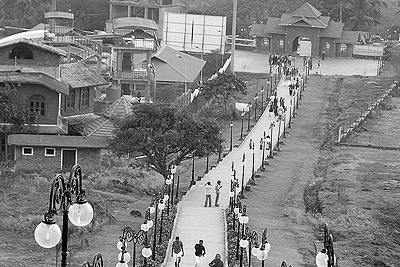 Malappuram is a city in the southern Indian state of Kerala, spread over an area of 33.61 km2 (12.98 sq mi). The first municipality in the district formed in 1969, Malappuram serves as the administrative headquarters of Malappuram district. Divided into 40 electoral wards, the city has a population density of 2,083 per square kilometre (5,390 per square mile). Malappuram is situated 54 km southeast of Calicut and 90 km northwest of Palghat.

The word Malappuram means "terraced place atop the hills" or simply "hilltop", derived from the general geographical characteristics of the city.