Why use us to send Gifts to Madhubani

No. of gifts delivered in Madhubani - 2
Delivery Options for Madhubani 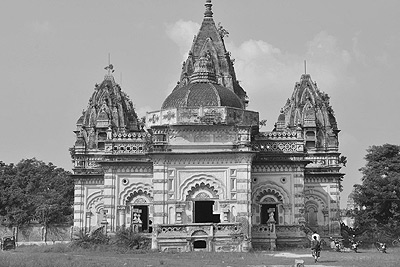 Madhubani is a town with municipality in Madhubani district in the Indian state of Bihar. It is the district headquarters. It lies 26 km northeast of Darbhanga town and was part of the erstwhile 'Bettiah Raj'. Internal disputes and family quarrels divided the Bettiah Raj in course of time. The Madhuban Raj in Madhubani was created as a consequence. The word "Madhuban" means "forest of honey" from which Madhubani is derived, but sometimes it is also known as "madhu"+"vaani" meaning "sweet" "voice/language". Madhubani is the cultural heart of Mithilanchal, being the birthplace of many literary people and home to Madhubani Paintings. It is said to be that Madhubani is the world's second city who adopted democracy. It shares a land boundary with Nepal. It is the core heart of Mithlanchal region and it is known for its hospitality culture. It is also known for its diverse food, culture and sweet Maithali language. Famous poets like Kalidas and Vidyapati emerged from this region only. This region is marked 4th in pisiculture in INDIA.