Why use us to send Gifts to Kumbakonam

No. of gifts delivered in Kumbakonam - 73
Delivery Options for Kumbakonam 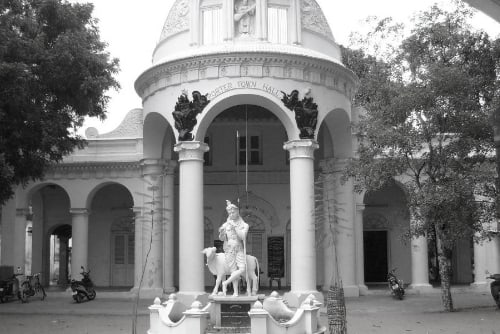 Kumbakonam, is a town and a special grade municipality in the Thanjavur district. It is located 40 km (25 mi) from Thanjavur and 273 km (170 mi) from Chennai. Kumbakonam is known as a "temple town" due to the prevalence of a number of temples here and is noted for its Mahamaham festival which attracts people from all over the country. It is the third largest city in Central Tamil Nadu region next to Tiruchirappalli and Thanjavur. It is also the second largest city in cauvery delta region.

Kumbakonam dates back to the Sangam period and was ruled by the Early Cholas, Pallavas, Medieval Cholas, Later Cholas, Pandyas, the Vijayanagar Empire, Madurai Nayaks, Thanjavur Nayaks and the Thanjavur Marathas. It rose to be a prominent city between the 7th and 9th centuries AD, when it served as a capital of the Medieval Cholas. The town reached the zenith of its prosperity during the British Raj when it was a prominent centre of European education and Hindu culture; and it acquired the cultural name, the "Cambridge of South India".