Why use us to send Gifts to Kozhikode

No. of gifts delivered in Kozhikode - 217
Delivery Options for Kozhikode 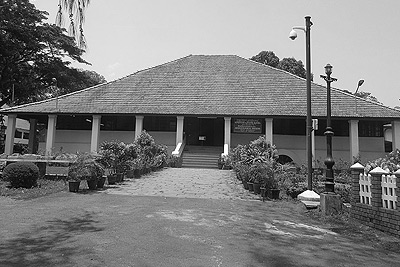 Kozhikode or Calicut is a city in Kerala, India and the headquarters of the Kozhikode district. The Kozhikode metropolitan area is the second largest urban agglomeration in Kerala with a population of 2 million as of 2011. The city lies about 360 km south west of Bangalore, 235 km south of Mangalore and 525 km south west of Chennai.

During classical antiquity and the Middle Ages, Kozhikode was dubbed the City of Spices for its role as the major trading point of Indian spices. It was the capital of an independent kingdom ruled by the Samoothiris (Zamorins) in the Middle Ages and later of the erstwhile Malabar District under British rule. Arab merchants traded with the region as early as 7th century, and Portuguese explorer Vasco da Gama landed at Kozhikode on 20 May 1498, thus opening a trade route between Europe and Malabar. A Portuguese factory and the fort was intact in Kozhikode for short period (1511–1525, until the Fall of Calicut). The English landed in 1615 (constructing a trading post in 1665), followed by the French (1698) and the Dutch (1752). In 1765, Mysore captured Kozhikode as part of its occupation of the Malabar Coast. Kozhikode, once a famous cotton-weaving centre, gave its name to the Calico cloth.
Source : Wikipedia

These PIN Codes are those where we can arrange delivery in Kozhikode .
"HD" represents "Hand Delivery". For these PIN codes, delivery will be done by hand on the date you choose.
"CD" refers to "Courier Delivery". For these PIN codes, the gifts will be shipped through our shipping partners & will be delivered during the range of dates selected by you.