Why use us to send Gifts to Kharagpur

No. of gifts delivered in Kharagpur - 114
Delivery Options for Kharagpur 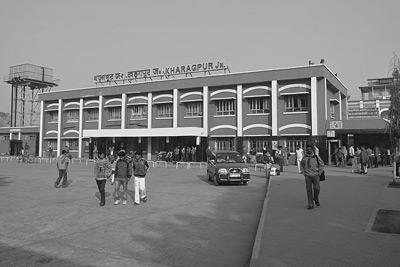 Kharagpur is an industrial city in Paschim Medinipur district of West Bengal, India. It is the most populated, multi-cultural and cosmopolitan city of Paschim Medinipur district. The first Indian Institutes of Technology (IIT), a group of Institutes of National Importance, was founded in Kharagpur as early as in May 1950. It has one of the largest railway workshops in India, and the third longest railway platform in the world (1072.5 m).

These PIN Codes are those where we can arrange delivery in Kharagpur .
"HD" represents "Hand Delivery". For these PIN codes, delivery will be done by hand on the date you choose.
"CD" refers to "Courier Delivery". For these PIN codes, the gifts will be shipped through our shipping partners & will be delivered during the range of dates selected by you.